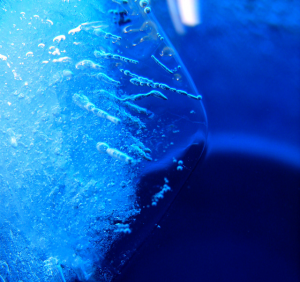 Chili by Matt Reinbold is licensed under CC BY-SA 2.0

Greek yogurt is one of the most popular dairy products at the moment. You can use it in a ton of recipes, it’s healthy, and there are some amazing brands out there. Though sometimes we buy or make too much greek yogurt to have all at once, and there just aren’t enough people around to eat all the awesome greek yogurt pancakes or smoothies we make. Freezing some and saving it for later sounds like a good idea, but can you freeze greek yogurt? And if so, how long does greek yogurt last? Let’s dive into this mystery together and answer this once and for all!

Freezing greek yogurt is a perfectly fine thing to do, and it will extend its shelf life by several months. Besides that the health benefits stay exactly the same. Eating greek yogurt after it has thawed is just as good for you as eating it straight away. Though freezing it does have an effect on the texture. After defrosting the consistency changes. The yogurt will separate, and I can definitely recommend stirring it a couple of times before you have some. I personally love greek yogurt, it tastes amazing to me, even after it has thawed. Though some people might feel like it can lose its smoothness and some of its flavor. If you feel like you could be one of those people, don’t worry! Just use your defrosted yogurt in smoothies, marinate and other recipes, you won’t notice the difference! Oh yeah, freezing greek yogurt will not produce the popular and well-known ice cream dessert. Frozen yogurt ice cream requires some additional ingredients. Freezing greek yogurt will just produce, well…a big rock of frozen greek yogurt!

So now you might be wondering what the best way is to freeze the yogurt you have at home. There’s nothing wrong with freezing unopened containers, but the yogurt might expand in the freezer.  I can definitely recommend to use airtight freezer bags. This helps to avoid the yogurt from absorbing odors from others food in the freezer.

To use your frozen yogurt you should remove the bag or container from the freezer and place it in the fridge. Leave it there to defrost for several hours. Stir it a couple of times and voilá!

How long does greek yogurt last?

How long your greek yogurt lasts depends on a couple of factors. First and foremost the storage conditions. It’s very important to keep your yogurt refrigerated and tightly covered. Secondly, unopened containers last longer than opened ones. I’ve listed the approximate time greek yogurt lasts in different conditions below.

So how can you know if your yogurt is not safe to eat anymore? The best and easiest way to tell is to look for signs of spoilage and to smell it. A runny and watery consistency and/or a sour smell indicate your greek yogurt has gone bad. The live active cultures in yogurt serve as a preservative, but once these die off mold can start to form. Don’t ever consume yogurt that has gone bad, you should throw away the entire container!

Can you freeze greek yogurt? was last modified on January 4th, 2016 by Elizabeth Wallace of Greek yogurt paradise

Hey there, I’m Elizabeth! It’s so nice to meet you. A bit about me: I’m a big fan of eating healthy, and I love greek yogurt! This blog is where I share my recipes, thoughts and much more. Have fun!

Hey there, I’m Elizabeth! It’s so nice to meet you. A bit about me: I’m a big fan of eating healthy, and I love greek yogurt! This blog is where I share my recipes, thoughts and much more. Have fun!